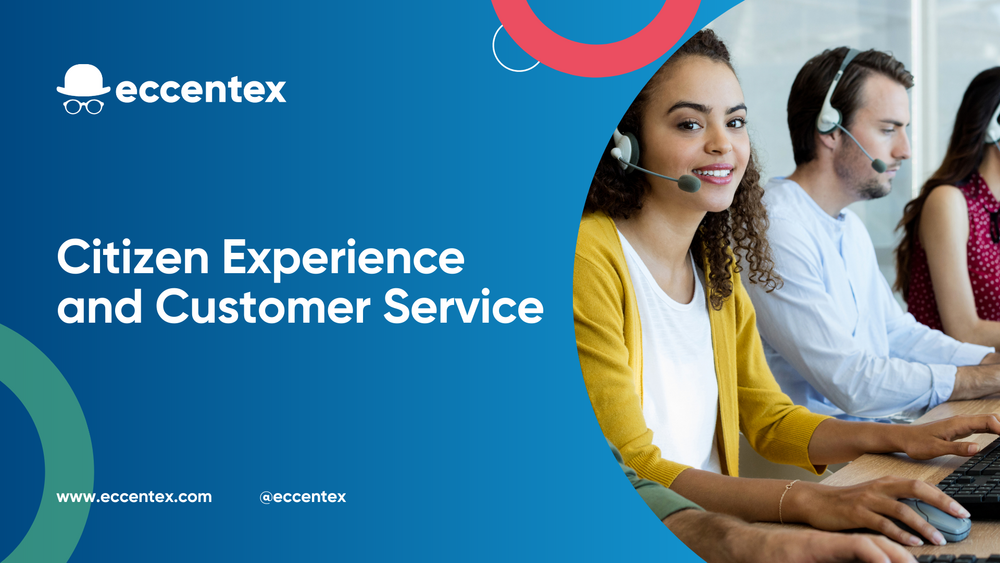 One of the many lessons taught by the Covid crisis in 2020 was that government agencies needed to deliver excellent consumer experiences to citizens. And good customer service from government entities wasn’t  just about good public relations. Citizen experience became an extremely serious matter, as it could avert dire outcomes up to and including serious illness and death.

The reliance of wide sectors of the public on customer facing software became an issue like never before. Some systems were stressed and put to uses never envisioned. And many citizens were essentially being trained in new ways of engaging with municipal agencies.

As the crisis fades and we move into the future, valuable lessons can be learned.

The crisis of the pandemic forced government agencies to speedily deploy new initiatives. And, of course, it wasn’t all smooth sailing. News reports throughout 2020 and into 2021 often featured horror stories of websites crashing. Citizens could become frustrated and unable to access benefits or appointments for vaccinations. Many citizens felt shut out, disadvantaged by lack of computer access or insufficient skills navigating online systems.

Much will be learned by conducting after-action reports on how well specific systems worked. Savvy administrators will be attentive to such reports and stand to glean valuable insights.

Deloitte’s report also noted that the pandemic emphasized the need for government agencies to aggressively shift from “doing” digital, meaning embracing some online options, to “being” digital, in the sense that digital operations can “radically transform service delivery.”

A report by McKinsey, published before the pandemic, noted that challenges to government agencies providing citizen experiences were not uncommon. Many government entities found it difficult to obtain reliable research on their customers because of legislative restrictions. And as some agencies provide services through third parties, it could be difficult to accurately assess customer needs.

McKinsey advised government agencies to follow three basic steps to try to understand the customer experience: “putting themselves in the shoes of their customers, understanding their end-to-end customer journeys with the service, and isolating the moments that disproportionately shape their experience along the way.”

The McKinsey report emphasized a critical difference between citizen experience and ordinary customer service: a government agency generally has to serve everyone with its mandated mission. It can’t ignore some customers. From the customer’s standpoint, they do not have somewhere else to take their business.

Understanding the customer journey is very important and not only customer touch points should be evaluated. The McKinsey report provides an example that someone may receive a good and useful answer to a specific question when contacting the I.R.S. Yet the entire experience may be problematic overall if the citizen had problems contacting someone who could finally give them that satisfactory answer.

Concentrated efforts should be expended on avoiding negative defining moments. Citizens dealing with municipal agencies may receive generally good service, but one bad encounter can take on great importance and color the entire experience. People tend to remember experiences that are not ordinary, and isolated bad experiences will naturally seem significant.

It’s important to consider the experience of citizens who either had no access to computers and broadband, or were not sufficiently capable at using online systems. While many in society still have no access or insufficient online skills, the need to engage online for critical services during the pandemic introduced many citizens to a new way of interfacing with the government.

It’s safe to assume that citizens who had new and positive experiences dealing with the government online, from municipal agencies to federal offices, will be comfortable doing so in the future. And that emphasizes how important citizen experience will be going forward.

A fascinating example of a government agency becoming a laudable example of digital government is the Library of Congress. A Washington Post editorial in June 2021 praised the library for the innovative ways it is bringing its collections of documents to an ever increasing public audience.

The nation’s library was once considered a laggard in adapting to digital culture. But in recent years it has embraced new technologies, including experimentations with neural networks and other forms of artificial intelligence to comb through its archives.

The Washington Post editorial noted that the advances in the Library of Congress should serve as an example to agencies at all levels of government. The editorial’s final sentence: “Digital government is also by, for and of the people.”

Importance of Personalization to Customer Satisfaction

Personalization is the practice of tailoring products and services to the individual needs and preferences of each customer. When done well, personalization can lead to increased customer satisfaction and loyalty, as well as higher conversion rates and sales,...

END_OF_DOCUMENT_TOKEN_TO_BE_REPLACED

How BPM and RPA led to DPA

Business Process Management (BPM) and Robotic Process Automation (RPA), two popular concepts whose definitions and scope have overlapped for years. In today’s software space the alphabet soup of new technologies and processes has cooked up a new term, Digital Process...

END_OF_DOCUMENT_TOKEN_TO_BE_REPLACED

How BPM Evolved to Case Management

What is Case Management Software? Case management is defined as the people, processes and content required to complete a case end-to-end. Every case must have a clear beginning and end. But unlink traditional workflows, cases require more holistic approach to managing...

END_OF_DOCUMENT_TOKEN_TO_BE_REPLACED
« Older Entries
We use cookies on our website to give you the most relevant experience by remembering your preferences and repeat visits. By clicking “Accept”, you consent to the use of ALL the cookies.
Do not sell my personal information.
Cookie SettingsACCEPT
Manage consent

This website uses cookies to improve your experience while you navigate through the website. Out of these, the cookies that are categorized as necessary are stored on your browser as they are essential for the working of basic functionalities of the website. We also use third-party cookies that help us analyze and understand how you use this website. These cookies will be stored in your browser only with your consent. You also have the option to opt-out of these cookies. But opting out of some of these cookies may affect your browsing experience.
Necessary Always Enabled
Necessary cookies are absolutely essential for the website to function properly. These cookies ensure basic functionalities and security features of the website, anonymously.
Functional
Functional cookies help to perform certain functionalities like sharing the content of the website on social media platforms, collect feedbacks, and other third-party features.
Performance
Performance cookies are used to understand and analyze the key performance indexes of the website which helps in delivering a better user experience for the visitors.
Analytics
Analytical cookies are used to understand how visitors interact with the website. These cookies help provide information on metrics the number of visitors, bounce rate, traffic source, etc.
Advertisement
Advertisement cookies are used to provide visitors with relevant ads and marketing campaigns. These cookies track visitors across websites and collect information to provide customized ads.
Others
Other uncategorized cookies are those that are being analyzed and have not been classified into a category as yet.
SAVE & ACCEPT